Augustine is known as one of the Church Fathers (A.D. 354-430). Confessions by Saint Augustine in large part is the autobiography of his conversion, but it is more than just a simple story. It is a profound and honest work of how the Lord subdued his heart after many years of rebellion and living for himself. Augustine tells the account of his conversion with prayers, reflection on Scripture, musings on the folly of sin and human nature, and deep questions. His story also includes the very powerful story of his mother, Monica, who for many years faithfully and tearfully prayed for her son's conversion.

The discerning reader will no doubt recognize in Augustine's story some of the problems that were already plaguing the church. There are references to the shrines and relics of martyrs (p. 112 and 191) and the wonders of Rome (p. 160). The book ends with examples of the allegorical method of interpretation that are problematic. The reader should realize that the references to the Catholic Church are not identical to what is known as the Catholic Church today. There is of course a connection, but in Augustine's day there was only one Church. It was not yet dominated by the papacy nor yet hindered by all the problems that the Reformers spoke against. Augustine was no doubt a man of his time, but there is clear and powerful evidence of the Lord's sovereign and gracious work in his life. He did not place his faith in the Church for salvation.

In the Lord's providence, Augustine would play an important role in the lives of both Martin Luther and John Calvin. When Luther became a monk, he joined an Augustinian monastery. But it was especially Augustine's defense of the truth of Scripture regarding man's fallen nature and his opposition to the heresy of Pelagius that help lay the groundwork for the future teaching of both Luther and Calvin.

Whatever faults in Augustine's theology that we may be able to find, we must recognize how the Lord still used him in a profound way, helping to shape Western thought to this day. For this reason it is certainly worth spending time getting to know Augustine, and there is no better introduction than reading his Confessions. 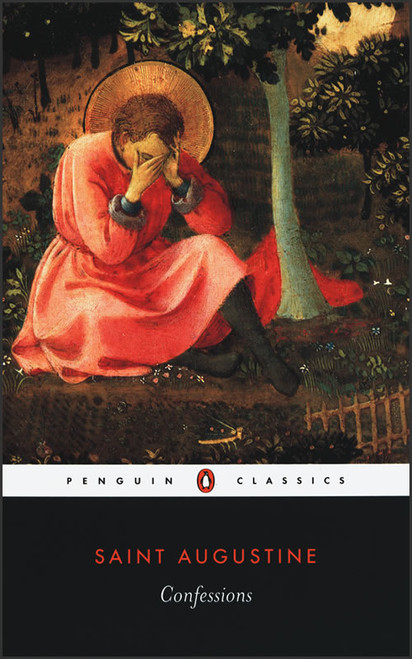 John Bunyan: The Tinker of Bedford

Life and Legacy of Saint Patrick

Betrayal: A Novel on John Calvin

John Bunyan: The Tinker of Bedford

Life and Legacy of Saint Patrick

Betrayal: A Novel on John Calvin