Salvation Through Inflation: The Economics of Social Credit

Most conservatives say no, at least until the combination of deflation and depression produces mass unemployment. Then they, too, always join the chorus calling for the government to "Do Something." And what does the government do? It forces the nation's central bank to buy more government debt with fiat money created out of thin air (or computer entries). This has been going on since at least 1920, and is not likely to stop until men learn a painful lesson: monetary inflation only postpones the inevitable disaster. Depressions are caused by monetary inflation in the first place. Only when a majority of voters learn to fear price inflation more than they fear price deflation will we enter a new economic and political era.

One international conservative movement has long promoted the idea that inflation is mandatory to save the capitalist system. The group is called Social Credit. Since 1917, defenders of this reform scheme have offered arguments against free market money, private banking, and gold. Many of them have been fundamentalist Christians. In the 1930's, they captured the Canadian province of Alberta and kept control for a decade. Social Credit ideas have spread from England to Canada, Australia, New Zealand, and South Africa. Its proposed reform resembles the reform proposals of the late nineteenth-century's "greenback" movement in the United States, which still exists in the "underground" of America's far right. Salvation Through Inflation provides a comprehensive but easy-to-read refutation of these ideas. It invokes the Bible and Austrian economic analysis to challenge the economics of Social Credit. 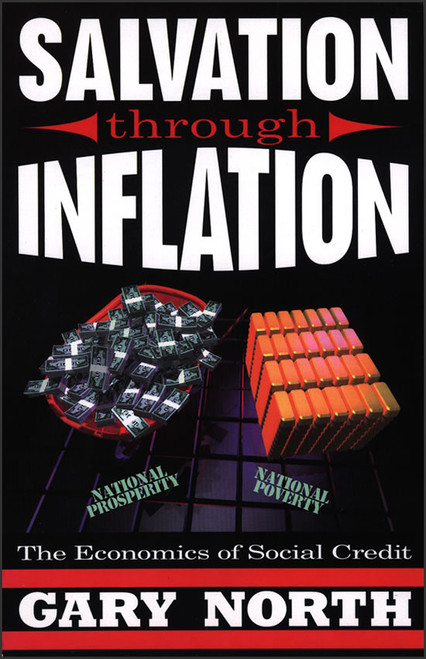 Salvation Through Inflation: The Economics of Social Credit

In the Shadow of Plenty

In the Shadow of Plenty