Education, Christianity, and the State is a collection of articles and speeches by J. Gresham Machen on the topic of education. One of the key components of this book is the prescient opposition to the establishment of a federal Department of Education. Well before the creation of this bureaucracy, Machen appeared before the U.S. Senate Committee on Education and Labor (February 1926) and testified against the proposed creation of the department. Machen well recognized the slavery that this federal department would bring.

However, this book is more than just a polemic against government education. It is also a positive argument in favor of Christian education and Christian scholarship. Machen deals with the false attempt to separate knowledge and spirituality. The cause of Christ in America has for many years been harmed by an anti-intellectual attitude found in too many churches and schools. This book shows the disastrous results of such thinking, as well as the solutions that the Word of God brings. All Christian parents, teachers, and students should be familiar with Machen's work and ideas so that they may better seek to advance the cause of Christ today.

J. Gresham Machen is considered by many to be one of the heroes of the Christian faith in the 20th century. Though he died in 1937, his legacy of thoughtful Biblical scholarship and vision remain. The Christian school and home school movements owe a debt of gratitude to his understanding of the necessity of Christian education. 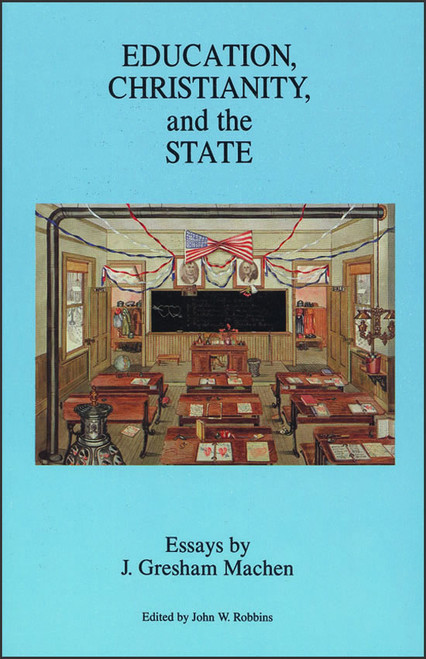 What Is Christian Education? - PDF

Our Attitude Toward Christian Home Education

What Is Christian Education? - PDF

Our Attitude Toward Christian Home Education