Murder in Maine, wolves in Wyoming, and a fugitive—one life-changing summer for wolf biologist, Anna O'Neil. She needs answers. Who shot her father and why? Then, the arrival of a mysterious document forces Anna to examine her own beliefs and gives her the key to restore a divided community. But, first, she must find the courage to confront a hidden evil and catch her father's killer.

L.P. Hoffman, a Wyoming native, loves a good story. From tales her grandfather shared about local characters (including Buffalo Bill) to the mysteries of Rocky Mountain folklore, Hoffman's imagination was primed at an early age; but the stories born of experience are the ones best told. From helping to organize a grassroots environmental group near Yellowstone National Park to the insight gained when her husband served in Washington as Deputy Assistant Secretary of the Interior for Fish and Wildlife and Parks, Hoffman has witnessed the extremes of radical environmentalism and its affects on people whose suffering voices are often silenced by an agenda that omits humankind from the ecological equation. It is her hope that those who read The Canaan Creed will be inspired to weigh the facts, embrace cooperative conservation, and never stop seeking the truth!

"The Canaan Creed does an excellent job of sucking you in with a mystery while pointing out how some environmental groups have an agenda that goes beyond protecting wildlife. In spite of figuring out the killer's identity early, I found The Canaan Creed to be a very interesting tale of how overzealous do-gooders can ultimately bring about harm. It shows that, even if you believe in respecting plants and animals, you shouldn't blindly throw your support behind a group who claims to be green. The mystery itself holds up very well for most of the book, and anyone who picks it up will have a hard time putting it down." –Lake Powell Chronicle

"The Canaan Creed weaves suspense, mystery and the dark side of environmental fanaticism together to create a page-turning story that keeps the reader hooked until the very end." –Michael S. Coffman (president of Environmental Perspectives, Inc.)

"L.P. Hoffman combines a compelling page-turning yarn coupled with first-rate reporting on the tactics and twisted ethics that can drive radical environmentalists to criminal activity. The characters are well drawn, the dialog is savvy, and the story line is as close as tomorrow's news." –Dan Miller (publisher and executive vice president of The Heartland Institute)

"Through suspense and mystery, Hoffman offers her readers a perspective on the environment rarely found in fiction or non-fiction." –Safari Club International 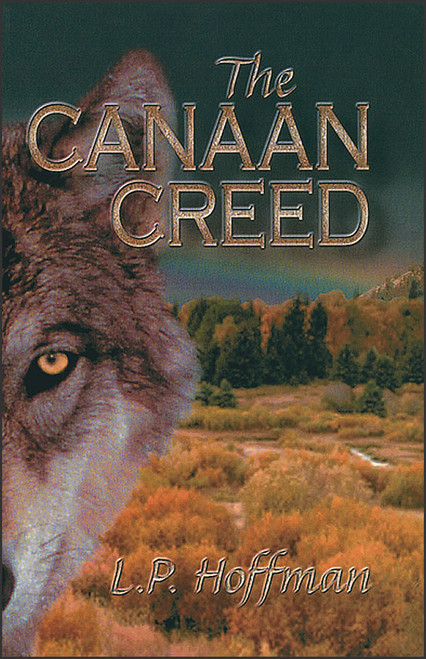