Hostage Lands is a tale about an eccentric Latin teacher and one of her students, Neil Perkins, who lives on a farm bordering Hadrian's Wall. He thinks Latin is useless and prefers to daydream about fearless Celtic warriors battling mighty Roman centurions. One day in class, he learns about some wooden writing tablets that were discovered at the nearby ruins of a Roman fort. That afternoon, while riding home on his ATV, he accidentally flips his vehicle, cutting a deep hole in the ground. There Neil discovers an entire manuscript written on wooden tablets! Now he eagerly wants to know Latin so he can decipher the tablets, so he reluctantly tells his teacher about the discovery in hope that she will help in translating the manuscript.

The tablets reveal an ancient story of unlawful seizure, deception, and betrayal, written by an embittered centurion named Rusticus, who served Rome at Hadrian's Wall. He is made a pawn of an ambitious Roman officer, who nearly causes the demise of Rusticus and his men. However, Calum, a disinherited Celt chieftain's son who had been conscripted as a Roman soldier, saves them from certain death. Thrown together, Calum and Rusticus must unravel a perplexing maze of warring alliances. Through their struggles, Rusticus must determine where his loyalties truly lie. Eventually he longs for the peace that Calum spoke of in Christus. In the end, Rusticus and Calum are exiled to the hostage lands, where they become a human boundary between Rome and the warring Celtic tribes of the north. The story closes with Neil beginning to examine his own life with respect to all he has discovered. 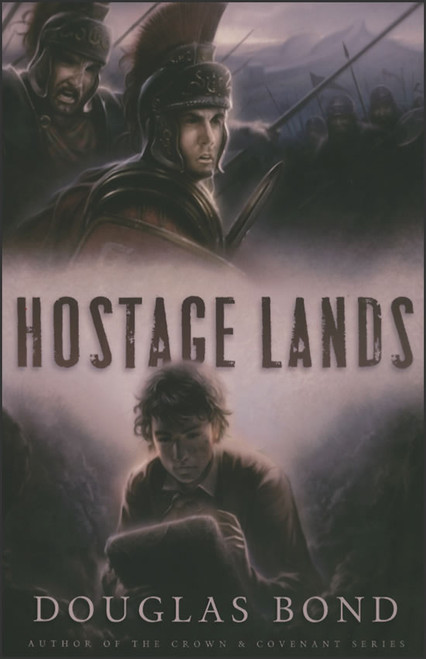 Brethren: A Tale of the Crusades

Brethren: A Tale of the Crusades